Was Shakespeare an actor? 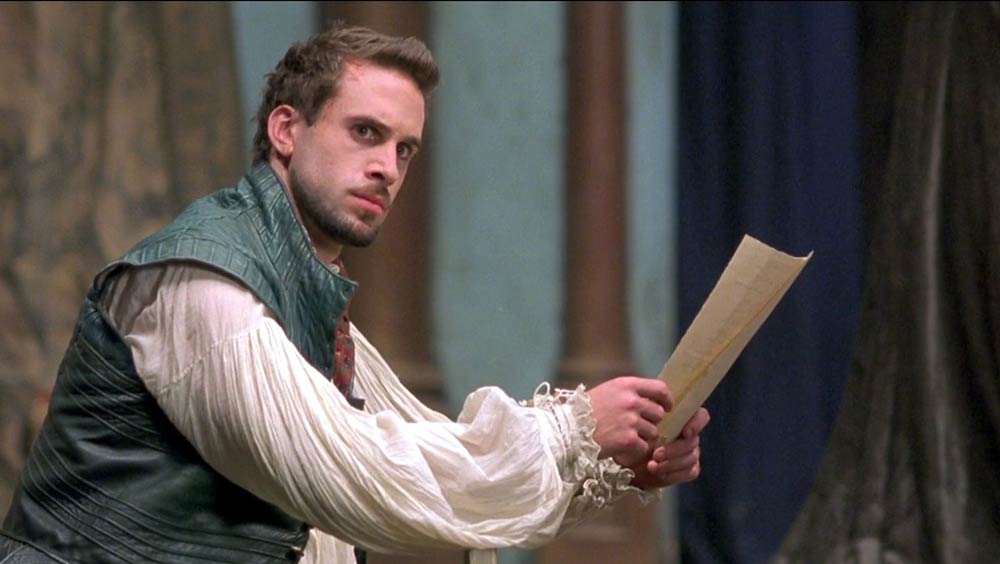 A 2.1 Was Will of Stratford an Actor

Shakespeare was a "fellow" player:

1. The court payment in 1595 to "William Kempe William Shakespeare & Richard Burbage servantes to the Lord Chamberlain". On 15 March 1595, the Treasurer of the Queen's Chamber paid "William Kempe William Shakespeare & Richarde Burbage servants to the Lord Chamberleyne" for their performances at court in Greenwich on 26th and 27th December 1594.

Aside from this, the evidence for him acting is scant. If he did act, then it was probably in minor parts that made little impression on the audience.Player, may have been simply a blanket term for any member of the playing company, in whatever capacity.

2. The 1599 listing of the Globe Theater as being occupied by "Willielmo Shakespeare et aliorum"

3. The three contemporary legal documents (two from 1601 and one from 1608) which list the primary tenants of the Globe theater as "William Shakespeare and Richard Burbage, gentlemen."

4. The Return from Parnassus Part 2, in which the actor "Kemp" refers to "our fellow Shakespeare"

Around 1601, students in Cambridge put on a play called The Second Part of the Return from Parnassus, the third in a series of plays that satirized the London literary scene. In this play, two characters named "Kempe" and "Burbage" appear, representing the actors Will Kempe and Richard Burbage of the Chamberlain's Men. At one point Kempe says,

“Few of the university [men] pen plays well, they smell too much of that writer Ovid, and that writer Metamorphosis, and talk too much of Proserpina and Jupiter. Why, here's our fellow Shakespeare puts them all down, aye and Ben Jonson too. O that Ben Jonson is a pestilent fellow, he brought up Horace giving the poets a pill, but our fellow Shakespeare hath given him a purge that made him bewray his credit.”

This passage supports the proposition that the playwright Shakespeare was a fellow actor of Kempe and Burbage, contrasts him with the University-educated playwrights, and establishes him as a rival of Ben Jonson.

5. The license for the creation of the King's Men in 1603, in which "William Shakespeare" appears second. The Lord Chamberlain's Men were licensed as the King's Men on 19 May 1603. The document lists "Lawrence Fletcher, William Shakespeare, Richard Burbage, Augustyne Phillippes, Iohn Heninges, Henrie Condell, William Sly, Robert Armyn, Richard Cowly" as members of the troupe.

6. The account of red cloth distributed to the King's Men for James's procession into London in 1604; they are prominently identified as "Players," and William Shakespeare appears first on the list. On 15 March 1604 King James, Queen Anne, and Prince Henry rode through the City of London in a royal entry postponed from the previous summer because of the plague. An account by Sir George Home, who was Master of the Great Wardrobe, lists the names of "Players" who were each given four yards of red cloth apiece for the investiture of King James in London on 15 March 1604. The actors who were named were "William Shakespeare, Augustine Phillipps, Lawrence Fletcher, John Hemminges, Richard Burbidge, William Slye, Robert Armyn, Henry Cundell, and Richard Cowley."

8. The record of Shakespeare ye Player in the Heralds Office.

In 1602, Peter Brooke, the York Herald, accused Sir William Dethick, the Garter King-of-Arms, of elevating base persons to the gentry. Brooke drew up a list of 23 persons whom he claimed were not entitled to bear arms. Number four on the list was Shakespeare. Brooke included a sketch of the Shakespeare arms, captioned "Shakespear ye Player by Garter." This is the same coat-of-arms that appears on the poet's tomb in Stratford.

9. Cast lists included in Jonson's Folio. The 1616 Folio of Ben Jonson's Works contained cast lists for his plays. The cast list for Jonson's Every Man in His Humor, which was performed in 1598, includes "Will Shakespeare, Aug. Philips, Hen. Condel, Will. Slye, Will. Kempe, Ric. Burbadge, Ioh. Hemings, Tho. Pope, Chr. Beeston, and Ioh. Duke.". The cast list for Jonson's Sejanus, performed in 1603, includes "Ric. Burbadge, Aug. Philips, Will. Sly, Ioh. Lowin, Will. Shake-Speare, Ioh. Hemings, Hen. Condel, and Alex. Cooke."

10. In his will, William Shakespeare of Stratford-upon-Avon left a bequest "to my ffellowes John Hemynge Richard Burbage & Henry Cundell a peece to buy them Ringes."

In his will, William Shakespeare of Stratford-upon-Avon left a bequest "to my ffellowes John Hemynge Richard Burbage & Henry Cundell xxvj s viij d A peece to buy them Ringes." Heminges, Burbage, and Condell had been fellow actors in the King's Men with William Shakespeare, and Heminges and Condell later edited the First Folio, in which they attributed thirty-six plays to their "friend and fellow" William Shakespeare.

From thence to honour thee, I would not seeke
For names; but call forth thund'ring Æschilus,
Euripides, and Sophocles to us,
Paccuvius, Accius, him of Cordova dead,
To life againe, to heare thy Buskin tread,
And shake a stage : Or, when thy sockes were on,
Leave thee alone, for the comparison
Of all, that insolent Greece, or haughtie Rome
Sent forth, or since did from their ashes come.

To our English Terence, Mr. Will. Shake-speare.
Some say (good Will) which I, in sport, do sing,
Had'st thou not plaid some Kingly parts in sport,
Thou hadst bin a companion for a King;
And, beene a King among the meaner sort.
Some others raile; but, raile as they thinke fit,
Thou hast no railing, but a raigning Wit:
And honesty thou sow'st, which they do reape;
So, to increase their Stocke which they do keepe.

Players, I love yee, and your Qualitie,
As ye are Men, that pass time not abus’d:
And some I love for painting, poesie W.S. R.B.
And say fell fortune cannot be excus’d,
That hath for better uses you refused:
Wit, Courage, good shape, good partes and all goode,
As long as all these goods are no worse us’d,
And though the stage doth staine pure gentle bloode
Yet generous yee are in minde and moode.

Some followed her by acting all mens parts Stage Players
These on a Stage she rais’d (in scorne) to fall:
And made them Mirrors, by their acting Arts,
Wherin men saw their faults, though ne’r so small:
Yet soome she guerdond not, to their desarts; W.S. R.B.
But, othersome, were but ill-actioned all:
Who while they acted ill, ill staid behinde,
(By custome of their maners) in their minde.

13. Sir Richard Baker, a contemporary of Shakespeare and a friend of John Donne, published Chronicle of the Kings of England in 1643. Sir Richard was an avid fan of the theater, also writing Theatrum Redivium, or the Theatre Vindicated. In the Chronicle, for Elizabeth's reign he notes statesmen, seamen, and soldiers, and literary figures who are mostly theologians with the exception of Sidney. In conclusion he says,

“After such men, it might be thought ridiculous to speak of Stage-players; but seeing excellency in the meanest things deserves remembering . . . For writers of Playes, and such as had been Players themselves, William Shakespeare and Benjamin Jonson, have specially left their Names recommended to Posterity.” [-- this particular reference was taken from How We Know That Shakespeare Wrote Shakespeare: The Historical Facts, by Tom Reedy and David Kathman].

14. Heminge and Condell in the prefatory material to the FF

We have but collected them, and done an office to the dead, to procure his Orphanes, Guardians; without ambition either of selfe-profit, or fame: onely to keepe the memory of so worthy a Friend, & Fellow alive, as was our S H A K E S P E A R E , by humble offer of his playes, to your most noble patronage.

There is even more evidence of Shakespeare as actor than is set out above. You may spin the evidence to argue that it doesn't support the claim that he was an actor but to deny that it is evidence for that proposition is incorrect.