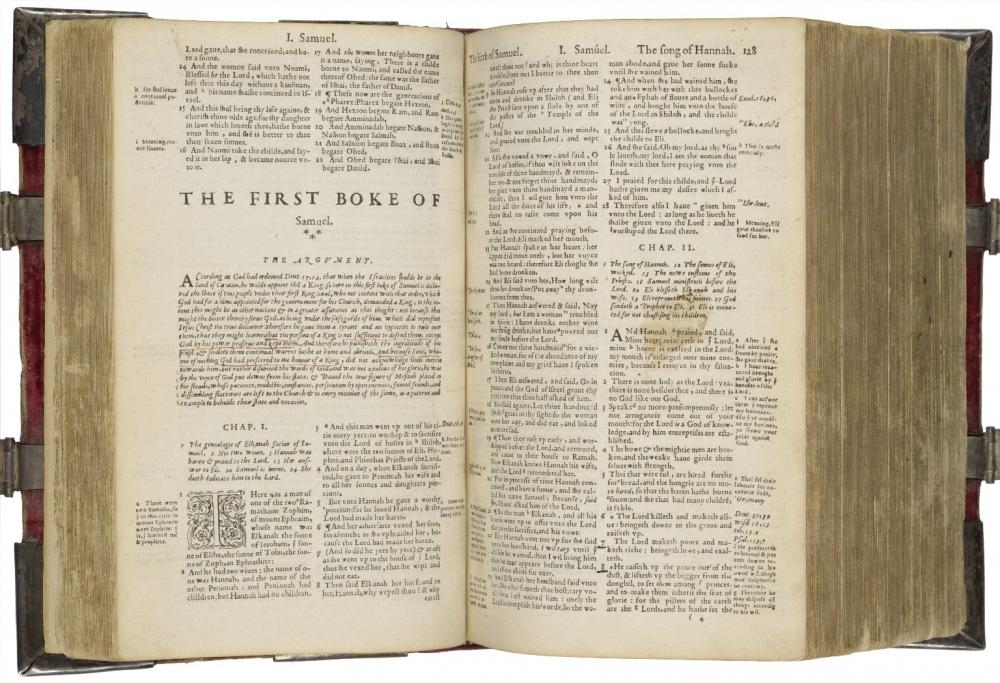 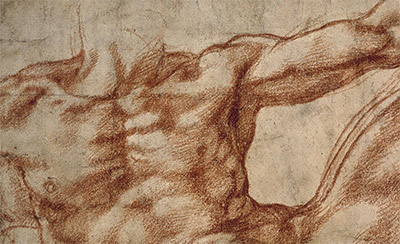 The childless Hannah vows to Yahweh of hosts that if she has a son, he will be dedicated to him. Eli, the priest of Shiloh (where the ark of the covenant is located), blesses her, and a child named Samuel is born. Samuel is dedicated to the Lord as a Nazirite - the only one beside Samson to be identified in the Bible. Eli's sons, Hophni and Phinehas, prove unworthy of the priesthood and are killed in battle, but the child Samuel grows up "in the presence of the Lord."

In Samuel's old age, he appoints his sons as judges, but they are unworthy, and so the people clamour for a king. God reluctantly accedes and gives them Saul of the tribe of Benjamin. Saul defeats the enemies of the Israelites, but sins against Yahweh.

Yahweh tells Samuel to anoint David of Bethlehem as king, and David enters Saul's court as his armour-bearer and harpist. Saul's son and heir Jonathan befriends David and recognises him as rightful king. Saul plots David's death, but David flees into the wilderness, where he becomes a champion of the Hebrews. David joins the Philistines, but continues secretly to champion his own people, until Saul and Jonathan are killed in battle. At this point, David offers a majestic eulogy, where he praises the bravery and magnificence of both his friend Jonathan and King Saul.

The first chart is sorted into chapter and verse order, the second into category order. The first shows the lack of overlaps in the natural reading order of the book. The second makes the additions and matches easier to spot. Both suggest that probability offers no support where Stritmatter was most likely to find it—in the book with the most marks. 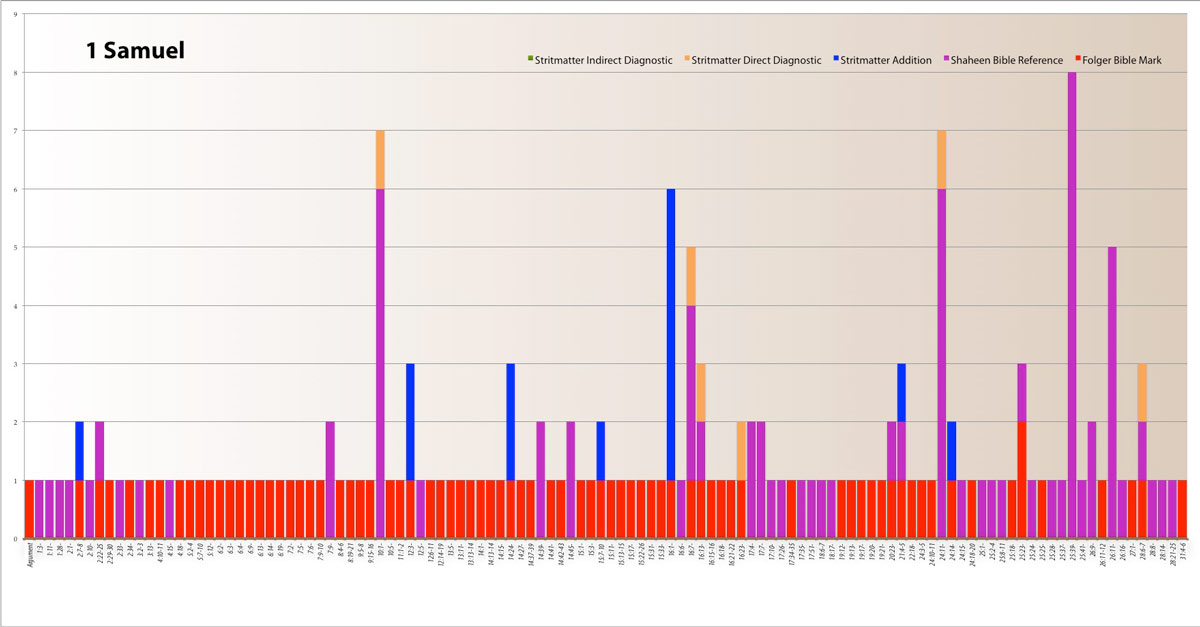 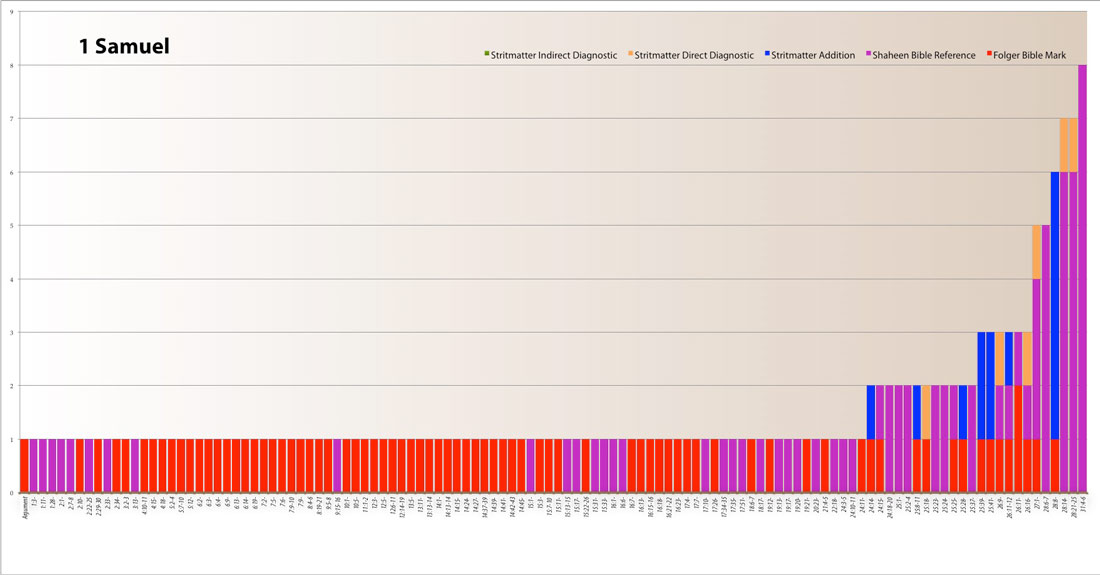 These are scaled to be readable, just, on a 24" monitor used in full screen mode. The entire artefact can be explored at much higher resolutions on the Folger Library website. 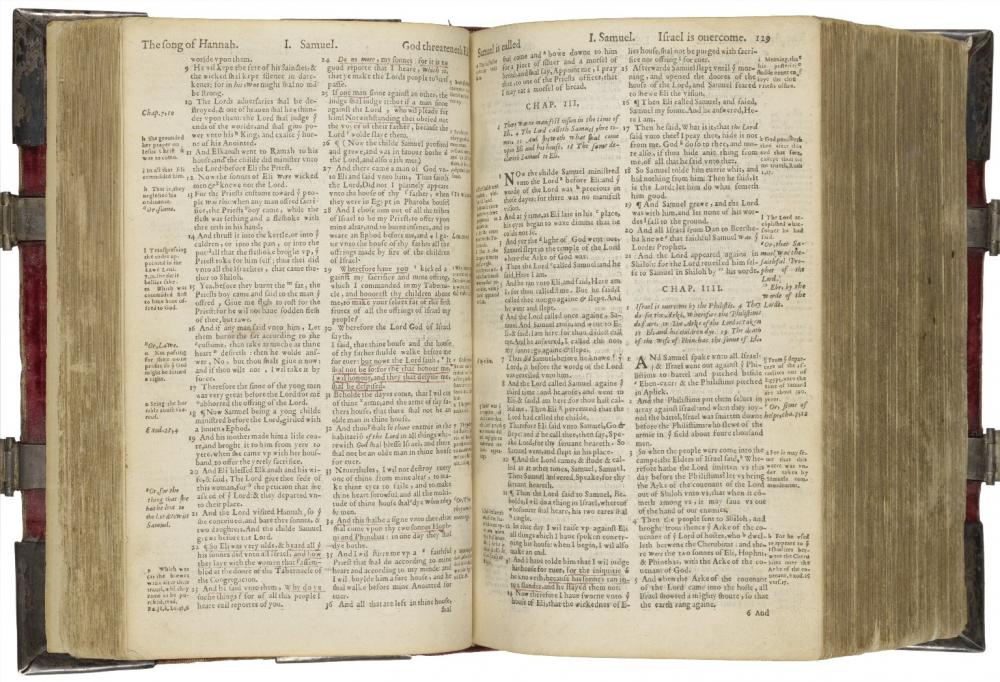 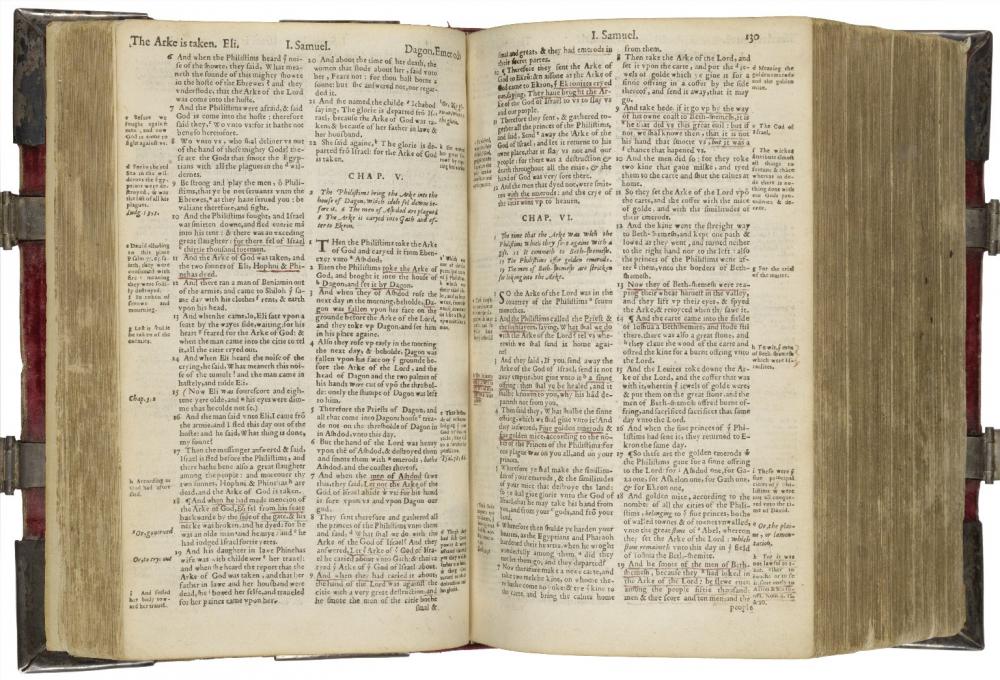 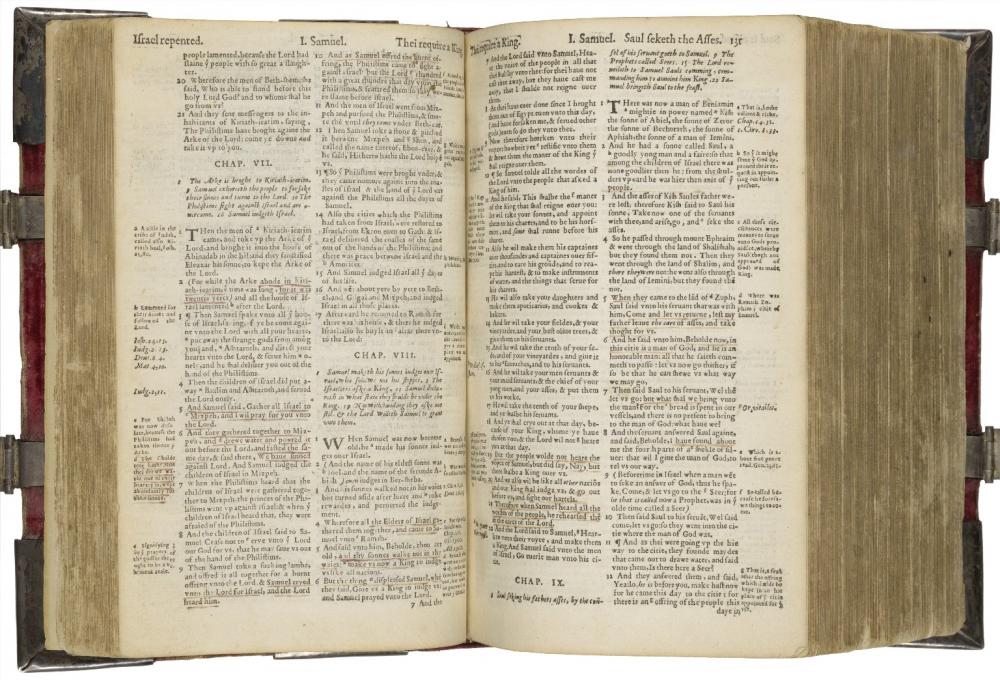 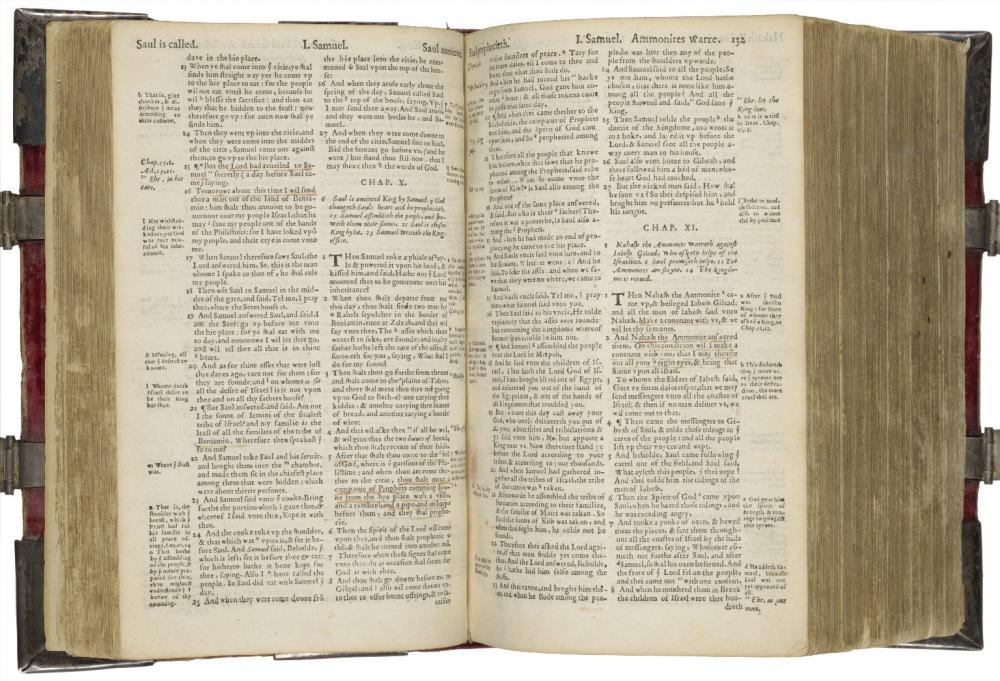 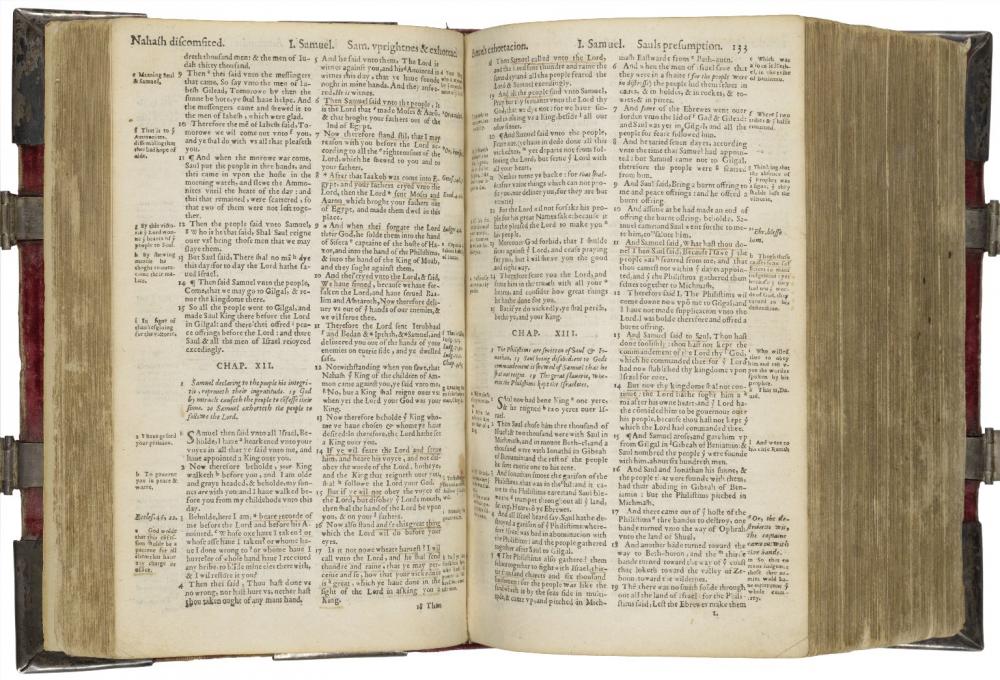 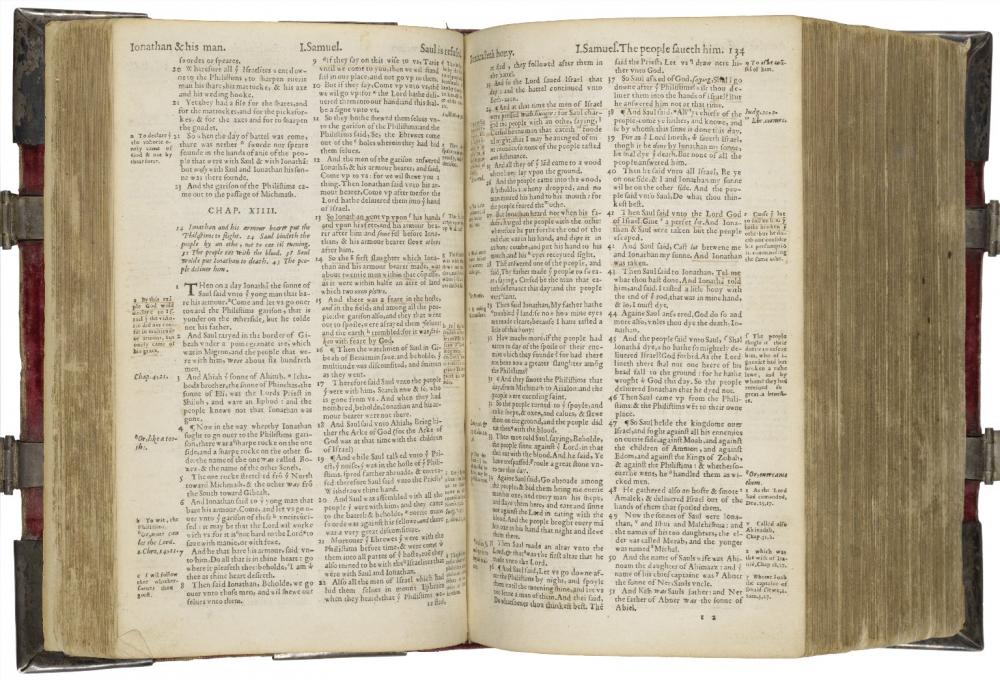 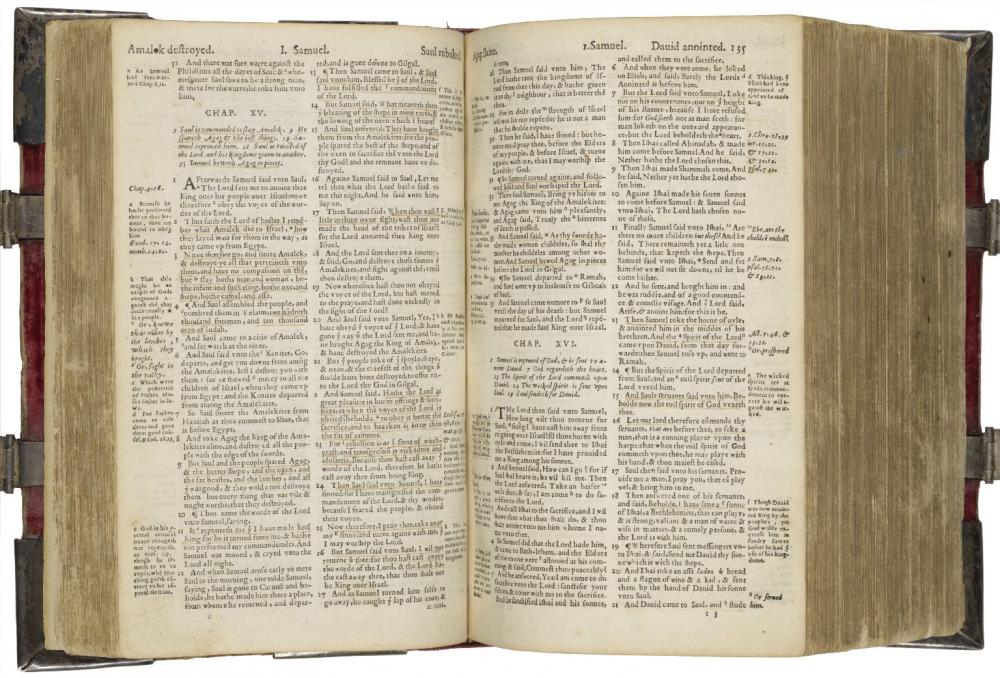 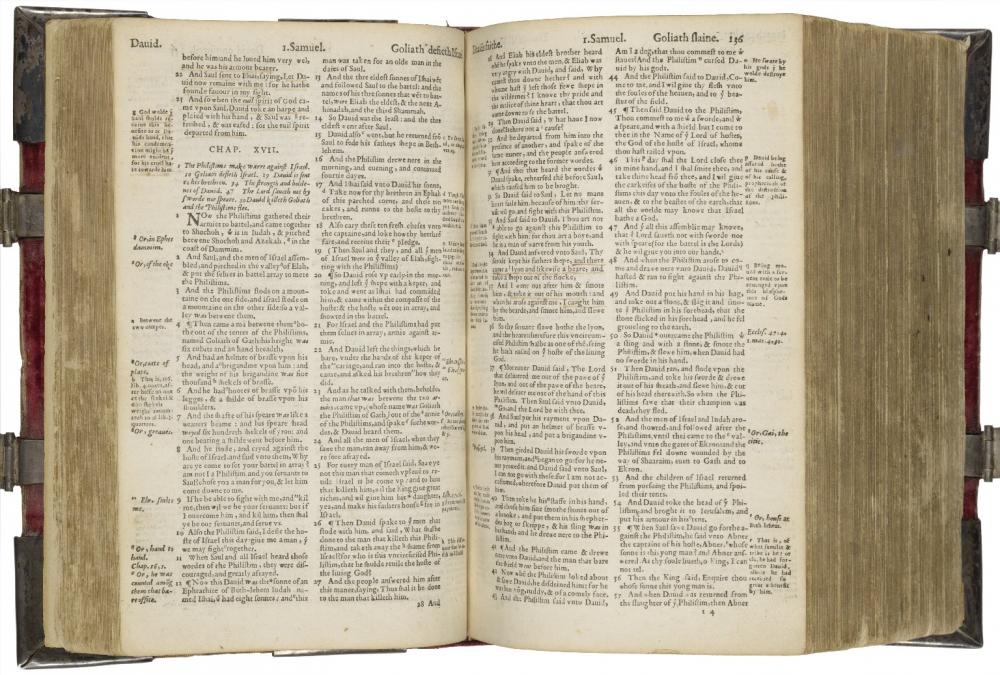 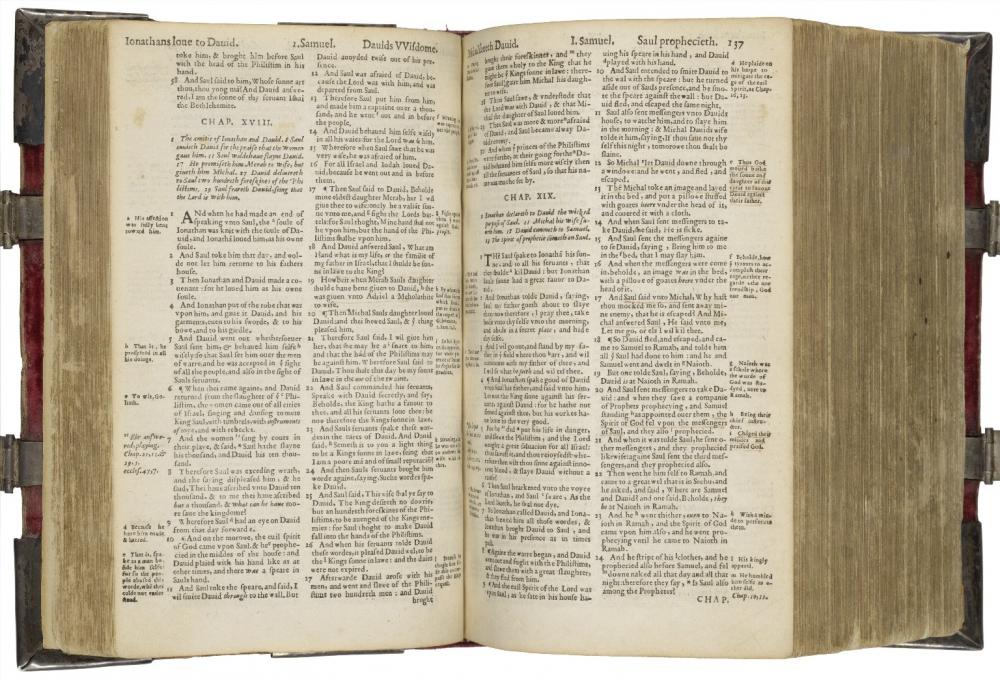 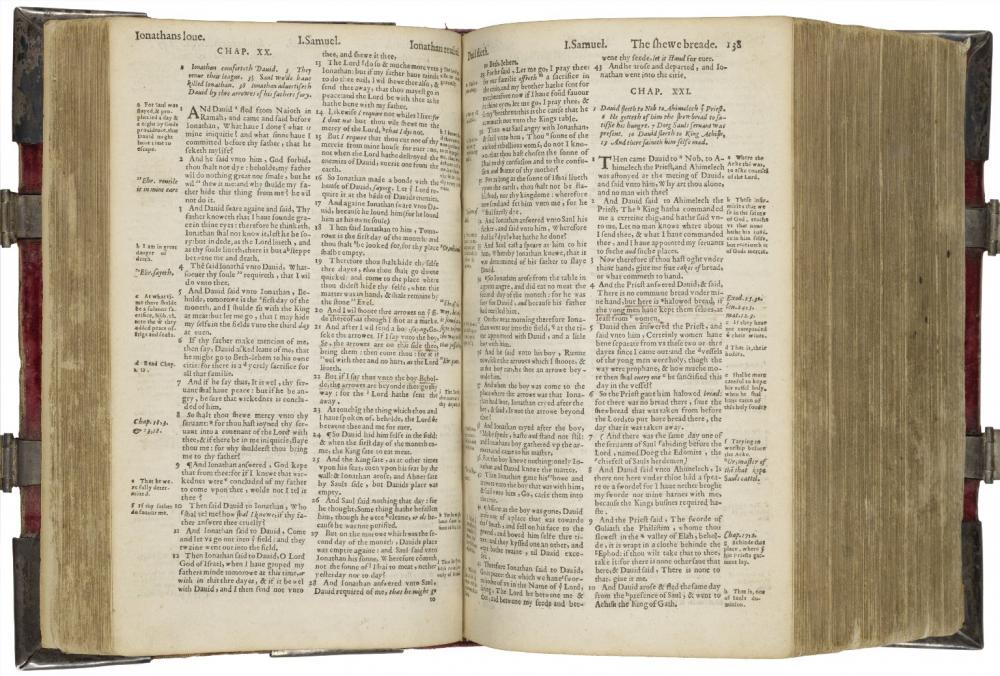 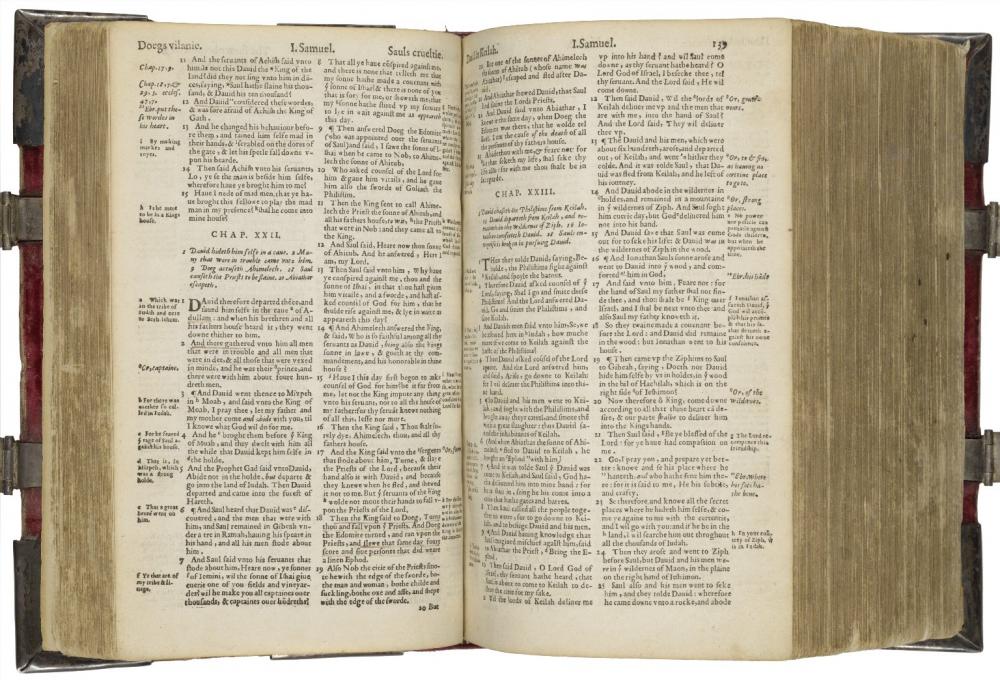 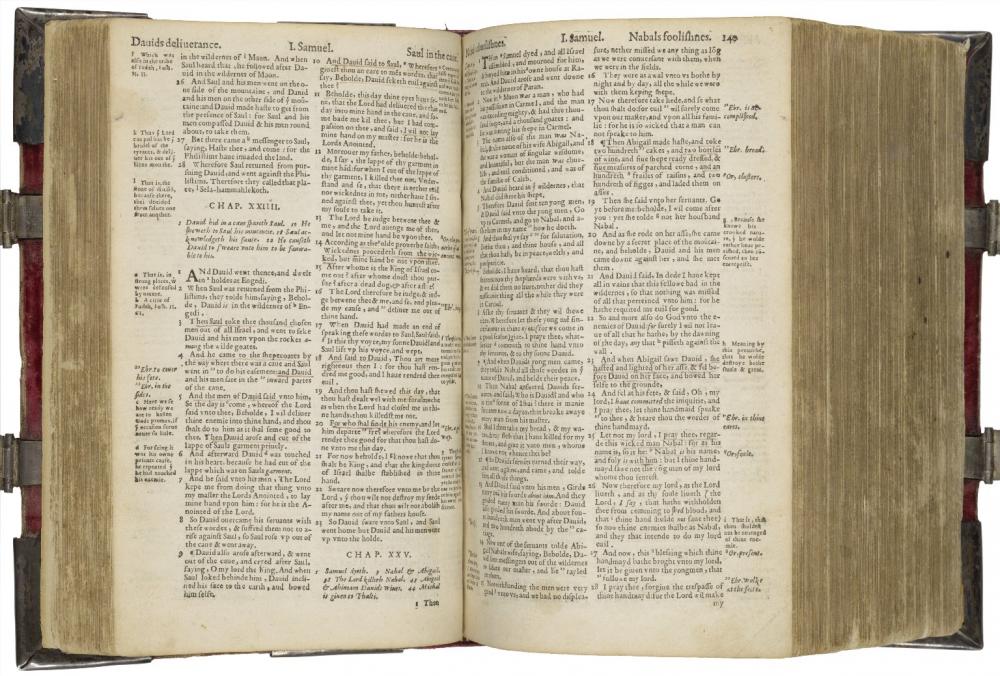 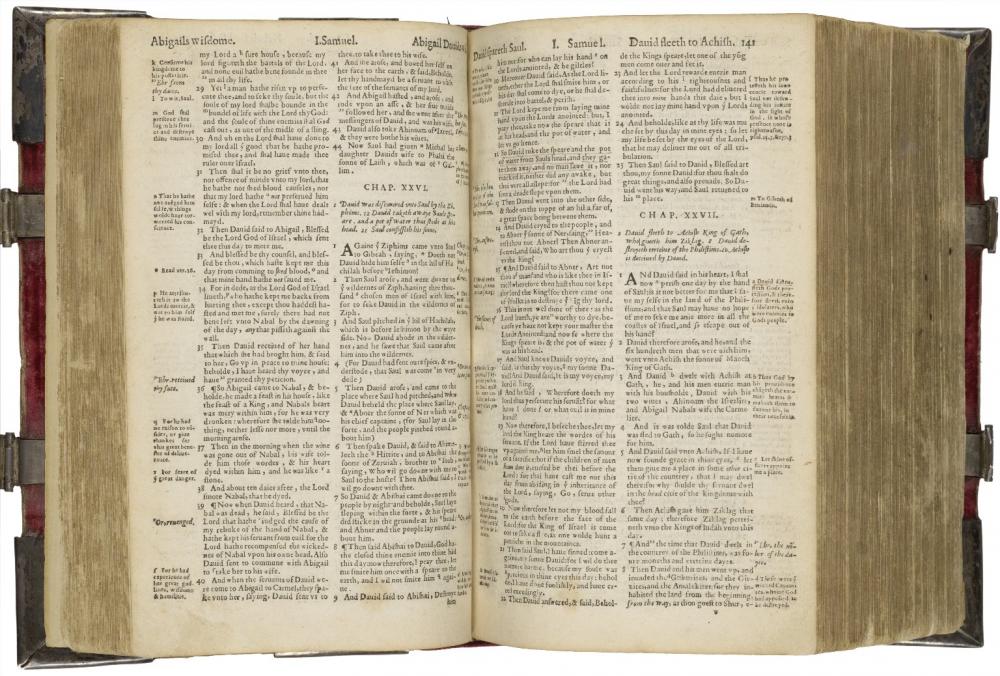 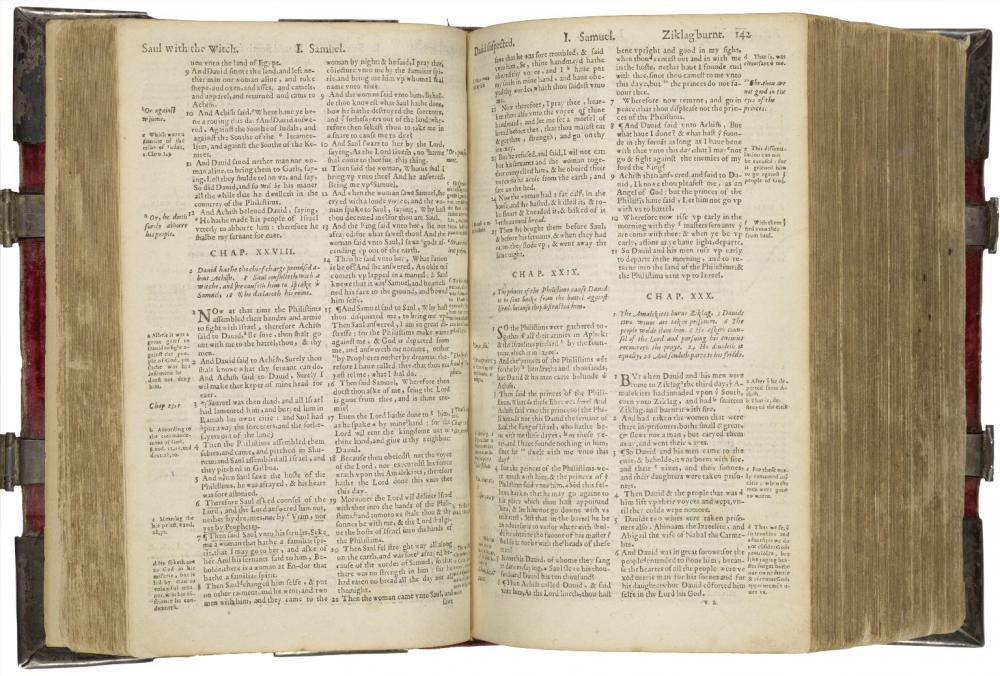 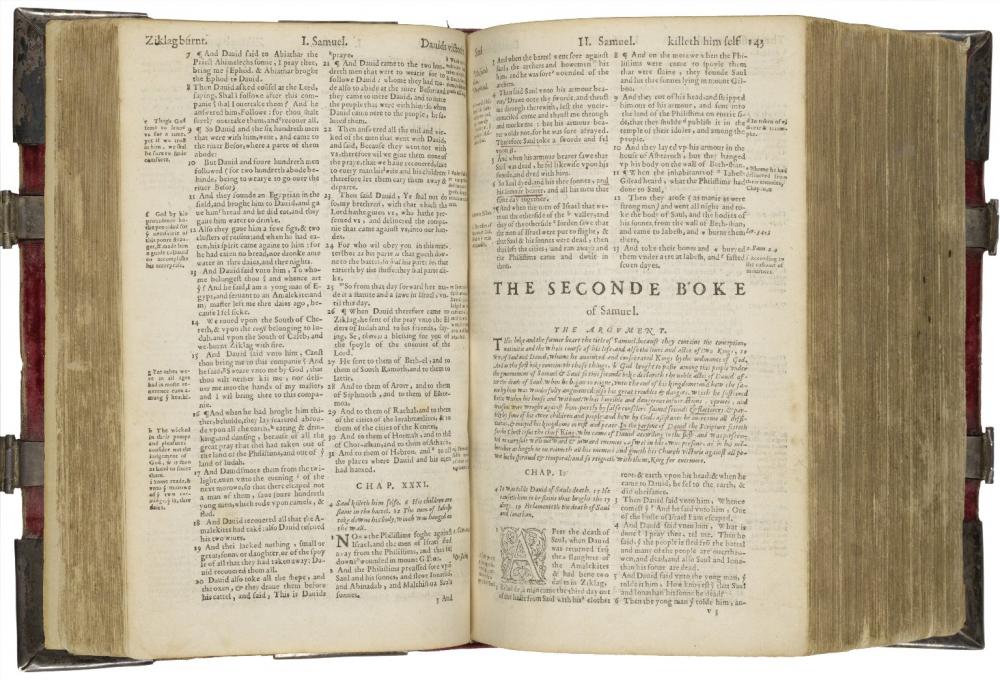