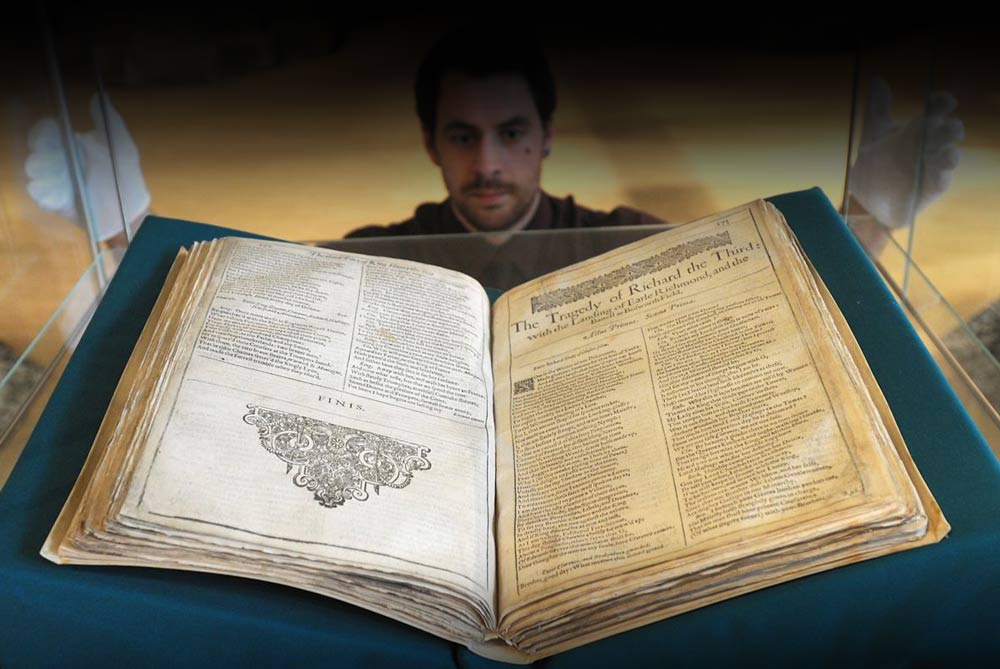 For, if I thought my judgement were of yeeres,
I should commit thee surely with thy peeres,
And tell, how farre thou dist our Lily out-shine,
Or sporting Kid or Marlowes mighty line.
And though thou hadst small Latine, and lesse Greeke,
From thence to honour thee, I would not seeke
For names; but call forth thund'ring schilus,
Euripides, and Sophocles to vs,
Paccuvius, Accius, him of Cordova dead,
To life againe, to heare thy Buskin tread,
And shake a stage :

In her instructions for making contributions to the discussion forums, Barber warns her learners to avoid "asserting anything is 'true'". Woe betide anyone who claims that rain falls from clouds above and lands upon the earth, Barber will find someone she's willing to credit as a scholar, who argues that a process of convection takes rain from the surface of the earth up to the clouds. Because of this claim, she will argue, no one can truly argue that rain falls in a downward direction. Can anything be learned from someone who teaches like this? No, is the answer.

Facts are all turned into "claims" in Barber's Looking Glass World. If the historical record claims Thomas Russell as the overseer of Shakespeare's will, Barber can and will make an alternative claim. We too will return to this startling piece of suggestive mendacity.

What is proven is the link between Ben Jonson and Hugh Holland, and that between Leonard Digges, James Mabbe and the publisher of the First Folio, Edward Blount. The selection of poets chosen feels like favours called in. Does this seem surprising for a poet whom Jonson calls 'Soule of the Age'?

Ben Jonson, they ('orthodox' scholars) argue, 'knew Shakspere personally' and Leonard Digges' one of the poets of the preface' was the stepson of Thomas Russell' who lived just outside Stratford-upon-Avon and oversaw Shakspere's will. We'll look into that claim more closely in this section of the course. 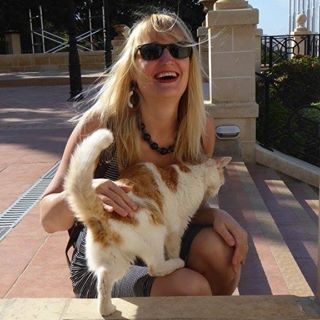 How about a refreshing change?

After the mountainish stupidity of the claims about the Droueshout engraving, Barber gets down to the awkward business of explaining her ideas on why the most important Preface to the most important book in the English langauge has thus far been completely misunderstood by everyone except herself and the remaining handful of doubters left in her tent.

After the usual unconvincing parade of fanciful misinterpretation Barber concludes “In other words, this poem, like Jonson's eulogy, works perfectly well on both levels. It bears traditional and non-Stratfordian readings equally well. Whether this was deliberate, we cannot possibly know.” Nonsense. All she has to do, to know for certain, is look at little bit harder. Or just look.

Rather than follow her through the bizarre thickets of contorted interpretation as she tries to demonstrate that Jonson's Preface, the greatest poem ever written by one poet about another, means the opposite what it actually says, we invite you to look instead at another Preface that Barber is deliberately not putting on display.

Digges' stepfather was easily the nearest Thomas Russell to Henley Street. He divided his time between Rushock and his house in Alderminster, which is four miles from Stratford-upon-Avon, just over an hour's walk from New Place. In 1601, Russell tried to buy the only house in Stratford-upon-Avon larger than Shakespeare's own, Clopton House. He wan't just local to Shakespeare, he was wealthy, prominent and local. Overseers were appointed when the testator wanted particular care taken over the executor's work. It was a trusted position for someone well-versed in the exercise of authority.
I don't think this is a factual error on the part of the course organiser. Just a spot of legerdemain intended to distance Russell, Digges and Shakespeare. A bit like not mentioning Digges' much more detailed account of Shakespeare's work in his Preface to the Second Folio.

Here's Leonard Digges' Preface to the Second Folio of 1632. He may have intended it for the First and missed the deadline or Ben Jonson might have hidden it. You'll see why.  You'll also see why this work never makes it into authorship discussions. It's personal testimony. It ties the work to the man from Stratford and it's absolutely explicit where the doubters pray for suggestive bits of friendly mist.

It clobbers the pretence that no one associated the man who signed the Will (overseen by Digges' stepfather) with the man who wrote the plays.

What more could be needed by way of proof than this detailed description of plays, audiences and author by a close family connection? Yet there is more. Lots more. Lifelong rival Ben Jonson's poem, among strings of other mentions like his legacies to players in The King's Men, don't leave the smallest crevice for doubt.

But Digges’ second eulogy hooks up, in one place, all the facts that Oxfordian theory has to keep separate. The anti-Stratfordian analysis of Jonson's eulogy is already so ridiculous it's beyond the reach of satire. Doubters leave the second eulogy entirely alone. See if you can find one reference to it anywhere in anything that any anti-Shakespearean has written. Yet look how much it tells us. And in how much detail.

Poets are borne not made; when I would prove
This truth, the glad rememberance l must love
Of never dying Shakespeare, who alone,
ls argument enough to make that one.
First, that he was a Poet none would doubt, (Yikes!)
That hard th’ applause of what he sees set out
Imprinted; where thou hast (I will not say)
Reader his Workes (for to contrive a Play:
To him twas none) the patterne of all wit,
Art without Art unparaleld as yet.
Next Nature onely helpt him, for looke thorow
This whole Booke, thou shalt find he doth not borrow,
One phrase from Greekes, nor Latines imitate,
Nor once from vulgar Languages Translate,
Not Plagiari-like from others gleane,
Not begges he from each witty friend a Scene
To peece his Acts withal; all that he doth write,
Is pure his owne, plot, language exquisite.
But oh! what praise more powerfull can we give
The dead, than that by him the Kings men live,
His Players, which should they but have shar'd the Fate,
All else expir'd within the short Termes date;
How could the Globe have prospered since through want
Of change, the Plaies and Poems had growne scant.
But happy Verse thou shalt be sung and heard,
When hungry quills shall be such honour bard.
Then vanish upstart Writers to each Stage,
You needy Poetasters of this Age,
Where Shakespeare liv'd or spake, Vermine forbeare,
Least with your froth you spot them, come not neere;
But if you needs must write, if poverty
So that otherwise you starve and die,

On Gods name may the Bull or Cockpit have
Your lame blancke Verse, to keepe you from the grave:
Or let new Fortunes younger brethren see,
What they can picke from your leane industry.
I doe not wonder when you offer at
Blacke-Friars, that you suffer: Tis the fate
Of richer veines, prime judgements that have far'd
The worse, with this deceased man compar’d.
So have I scene, when Cesar would appeare,
And on the Stage at halfe-sword parley were,Brutus and Cassius: oh how the Audience,
were ravish'd, with what wonder they went thence,
Whom some new day they would not brooke a line,
Of tedious (though well laboured) Catiline;
Sejanus too was irkesome, they priz'de more
Honest Iago, or the jealous Moore.
And though the Fox and subtill Alchimist,
Long intermitted could not quite be mist,
Though these have sham'd all the Ancients, and might raise
Their Authours merit with a crowne of Bayes.
Yet these sometimes, even at a friend's desire
Acted, have scarce defrayd the Seacoale fire
And doore-keepers: when let but Falstaff come,
Hal, Poins, the rest you scarce shall have a roome
All is so pester'd: let but Beatrice
And Benedick be seene, loe in a trice
The Cockpit Galleries, Boxes, all are full
To heare Malvolio that crosse garter'd Gull.
Briefe, there is nothing in his wit fraught Booke,
Whose Sound we would not heare, on whose Worth looke
Like old coynd gold, whose lines in every page,
Shall passe true currant to succeeding age.

But why do I dead Shakespeare's praise recite,
Some second Shakapeare must of Shakespeare write
For me tis needlesse, since an host of men,
Will Pay to clap his praise, to free my Pen.