The stigma of anonymity

The stigma of anonymity

There would have to be a reason, and a good one, for not putting your name on the world's finest body of artistic work.

Those who believe Marlowe wrote the plays have a much easier task here. They argue that Marlowe simply became Shakespeare, taking on his new identity to fake his death and shake off a dodgy past in the secret service. Whilst this idea, at first sight, doesn't seem any more promising than the case for De Vere, it at least has a plausible reason for the sleight of hand involved in the deception. And it doesn't require the total suspension of disbelief when it comes to chronology.

The most popular reason for Oxford's use of a pseudonym or front man has no basis in fact whatsoever. Oxfordians argue that the 'stigma of print' in the 16C prevented the aristocracy from publishing their work under their own names. 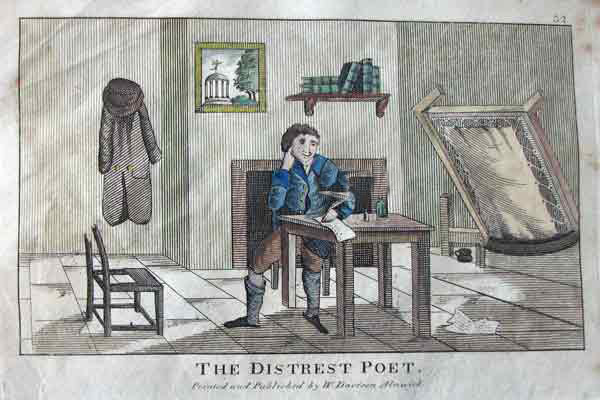 However, this appears to apply just to the Earl of Oxford. Whilst it must be accepted that Tudor poets did not rush to get their work onto the street, in general, aristocrats seem to have no fear of publication. Furthermore when you go looking for counter evidence, one of the most convincing sources, in an article in which he describes publishing as 'a virtuous action', is none other than The Earl himself.

I could not choose but greatly doubt whether it were better for me to yield you your desire, or execute mine own intention towards the publishing of your book.

Warming to his theme he goes on to describe Bedingfield's reticence as a sickness. He appoints himself as Bedingfield's physician and goes ahead with printing his work  because he knows best. He clearly thinks publication will cure the patient, rather than stigmatise him.

The whole is reproduced here. Thomas J Looney, the father of Oxfordianism, regarded this preface of Oxford's as proof positive of the link with Shakepseare; "“As a letter it is, of course, prose, but it is the prose of a genuine poet: its terse ingenuity, wealth of figurative speech, and even its musical quality…". Clearly not on the same page. See if you can count the figures of speech in the 'wealth' that Looney refers to.

To my loving friend Thomas Bedingfield Esquire,
one of Her Majesty’s gentlemen pensioners.

After I had perused your letters, good Master Bedingfield, finding in them your request far differing from the desert of your labour, I could not choose but greatly doubt whether it were better for me to yield you your desire, or execute mine own intention towards the publishing of your book. For I do confess the affections that I have always borne towards you could move me not a little. But when I had thoroughly considered in my mind of sundry and divers arguments, whether it were best to obey mine affections or the merits of your studies, at the length I determined it better to deny your unlawful request than to grant or condescend to the concealment of so worthy a work. Whereby as you have been profited in the translating, so many may reap knowledge by the reading of the same, that shall comfort the afflicted, confirm the doubtful, encourage the coward, and lift up the base-minded man, to achieve to any true sum or grade of virtue, whereto ought only the noble thoughts of men to be inclined.

And because next to the sacred letters of divinity, nothing doth persuade the same more than philosophy, of which your book is plentifully stored, I thought myself to commit an unpardonable error, to have murdered the same in the waste bottoms of my chests; and better I thought it were to displease one, than to displease many: further considering so little a trifle cannot procure so great a breach of our amity, as may not with a little persuasion of reason be repaired again. And herein I am forced like a good and politic captain oftentimes to spoil and burn the corn of his own country, lest his enemies thereof do take advantage. For rather than so many of your countrymen should be deluded through my sinister means of your industry in studies (whereof you are bound in conscience to yield them an account) I am content to make spoil and havoc of your request, and that, that might have wrought greatly in me in this former respect, utterly to be of no effect or operation: and when you examine yourself what doth avail a mass of gold to becontinually imprisoned in your bags, and never to be employed to your use? I do not doubt even so you think of your studies and delightful Muses. What do they avail, if you do not participate them to others? Wherefore we have this Latin proverb: Scire tuum nihil est, nisi te scire hoc sciat alter. What doth avail the tree unless it yield fruit unto another? What doth avail the vine unless another delighteth in the grape? What doth avail the rose unless another took pleasure in the smell? Why should this tree be accounted better than that tree, but for the goodness of his fruit? Why should this vine be better than that vine, unless it brought forth a better grape than the other? Why should this rose be better esteemed than that rose, unless in pleasantness of smell it far surpassed the other rose?

And so it is in all other things as well as in man. Why should this man be more esteemed than that man, but for his virtue, through which every man desireth to be accounted of? Then you amongst men I do not doubt, but will aspire to follow that virtuous path, to illuster yourself with the ornament of virtue. And in mine opinion as it beautifieth a fair woman to be decked with pearls and precious stones, so much more it ornifieth a gentleman to be furnished in mind with glittering virtues.

Wherefore considering the small harm I do to you, the great good I do to others, I prefer mine own intention to discover your volume before your request to secret the same; wherein I may seem to you to play the part of the cunning and expert mediciner or physician, who, although his patient in the extremity of his burning fever is desirous of cold liquor or drink to qualify his sore thirst, or rather kill his languishing body, yet for the danger he doth evidently know by his science to ensue, denieth him the same. So you being sick of too much doubt in your own proceedings, through which infirmity you are desirous to bury and insevill your works in the grave of oblivion, yet I, knowing the discommodities that shall redound to yourself thereby (and which is more, unto your countrymen) as one that is willing to salve so great an inconvenience, am nothing dainty to deny your request.

Again, we see if our friends be dead, we cannot show or declare our affection more than by erecting them of tombs; whereby when they be dead indeed, yet make we them live as it were again through their monument; but with me, behold, it happeneth far better, for in your lifetime I shall erect you such a monument, that as I say [in] your lifetime you shall see how noble a shadow of your virtuous life shall hereafter remain when you are dead and gone. And in your lifetime, again I say, I shall give you that monument and remembrance of your life, whereby I may declare my good will, though with your ill will as yet that I do bear you in your life.

Thus earnestly desiring you in this one request of mine (as I would yield to you in a great many) not to repugn the setting forth of your own proper studies, I bid you farewell. From my new country muses at Wivenghole, wishing you as you have begun, to proceed in these virtuous actions. For when all things shall else forsake us, virtue yet will ever abide with us, and when our bodies fall into the bowels of the earth, yet that shall mount with our minds into the highest heavens.

By your loving and assured friend,

A full academic rebuttal of the stigma of print by an academic with track record and numerous, peer-reviewed articles and publications can be found here.