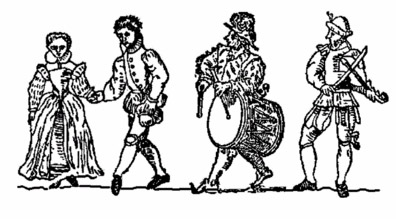 Oxford as a brilliant writer is a construct, all made up of fantasy and theft. “What he hath left us” is a dismal little heap of slag. So then his cultists must appropriate the words of Shakespeare as a counterfeit. They must excuse their hero’s own sad plodding poetry as juvenilia—while at the same time arguing unparalleled prodigious genius. He translated Ovid in the nursery, they believe—and no one spoke of it.  The supernova blazed and vanished.  But Oxford’s precocity, like Marina’s whorishness, is all in the beholder’s eye:

Did you go to ’t so young? Were you a gamester at five or at seven?

Earlier too, sir, if now I be one.

If dalliance with muses is unchastity, then Oxford died a virgin, slightly snogged.

His cult imagines glories undiscovered or conveniently suppressed—a style of argument that Elliott and Valenza call “My Other Car is a Shakespeare.”

Or they scratch through the slag heap in search of bits of glitter. “Look, Oxford uses ‘and’!”

Tell me, Oxfordians, have you ever actually read the Earl of Oxford? Let’s look at what he wrote, authentically:  his letters in his own hand, with his seal and signature.  Acknowledge them:  this thing of drabness is your own.  They're dated, so you can’t pretend they’re juvenilia. Don’t say that he dared not reveal his genius to his enemies: his letters were meant to persuade. His living, his ambition, and his honour were at stake.  He chose the perfume of his gloves for court with most exquisite care — could he not pick his words?

The first from a commoner to his aristocratic patron (1594):

To the Right Honourable, Henry Wriothesley, Earle of Southhampton, and Baron of Titchfield.

The loue I dedicate to your Lordship is without end: wherof this Pamphlet without beginning is but a superfluous Moity. The warrant I haue of your Honourable disposition, not the worth of my vntutord Lines makes it assured of acceptance. What I haue done, is yours, what I haue to doe is yours, being part in all I haue, deuoted yours. Were my worth greater, my duety would shew greater, meane time, as it is, it is bound to your Lordship; To whom I wish long life still lengthned with all happinesse.

Your Lordships in all duety.

The second, from a lord to a politician (1599), regarding his hopes of the Queen's patronage (he is seeking a monopoly of tin mining in Cornwall and Devon):

To the ryght honorable and hys very welbeloved friende, Sir Rober [sic] Cecill, her Magestyes principall secretarie and Master of her Wardes.

Now yt moves me not a lyttell, that I showldbe thus sett a worke for her Magestyes seruice, and when with my great labor I have effected yt, to be thus mocked; yf they ment yt att the fyrst to overthwart yt why showld they abuse me in her Magestyes name to deale with the Marchantes, and when I have done yt, neyther to lett her Magestye vnderstand yt puttinge them in truste, and sendinge them of porpose to assist me? but contrarie [=contrariwise] by there sylence to neglect the tyme, and with impertinent matters of her Magestye wante of monye in her cofers, to hyd from her the redines of the Marchantes to furnishe this seruice?

I have wrott [=written] to her Magestye, hopinge she will not suffer me imployinge my selfe in her seruice to be rewarded for my labor with a moke [=mock], nor her selfe to be thus abused to have A matter of seven thowsand pound thys yeare with a more assured profitte in the yeares followinge, (by negligence, dulnes, or abuse (for one of thes yt must be) to be oversene and lost, espetiallye puttinge her Magestye to no further cost or travell [=travail] then to the tellinge [=counting] yt into her exchecker.

The first is written with some grace, even in humility. This author has an ear; his sentences have rhythm and balance.

Note that he speaks of "duety": his patron is far higher in rank.

The second is written to Emmerich's mad dwarf hunchback villain; no one told Oxford they were mortal enemies. The prose is pretty bad: endless invertebrate sentences, with all the grace of chewed string. They are wearying to read. Note the self-pity: "why showld they abuse me." It is however, rather nicely calligraphed. Oxford couldn't write, but he could pen.

Clearly, these are not the same person. The first is graceful and deferential; the second is rambling and whiningly entitled. That seal is Oxford's.  And the date is 1599.

William Shakespeare had written this by 1598:

“Can Honour set too a legge? No: or an arme? No: Or take away the greefe of a wound? No. Honour hath no skill in Surgerie, then? No. What is Honour? A word. What is that word Honour? Ayre: A trim reckoning. Who hath it? He that dy'de a Wednesday. Doth he feele it? No. Doth hee heare it? No. Is it insensible then? yea, to the dead. But wil it not liue with the liuing? No. Why? Detraction wil not suffer it, therfore Ile none of it. Honour is a meere Scutcheon, and so ends my Catechisme.”

This was on his mind:

“This most excellent Canopy the Ayre, look you, this braue ore-hanging firmament, this Maiesticall Roofe, fretted with golden fire: why, it appeares no other thing to mee, then a foule and pestilent congregation of vapours. What a piece of worke is a man! how Noble in Reason? how infinite in faculty? in forme and mouing how expresse and admirable? in Action, how like an Angel? in apprehension, how like a God? the beauty of the world, the Parragon of Animals; and yet to me, what is this Quintessence of Dust? Man delights not me; no, nor Woman neither; though by your smiling you seeme to say so.”

Do you believe these passages are by the same hand as that dismal letter?

Did Oxford keep his best stuff for the groundlings, and only write the Queen when he was drunk?

The art of persuasion—rhetoric—was taught in the grammar schools. Well taught. Was there no space for it in Oxford’s tutelage, between the dancing and the swordplay? Those at least he put to use.