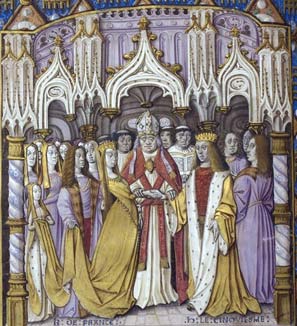 There are three distilled essences of Shakespeare in Henry V. Each is individually an anathema to the idea that they were written by an aristocrat, or a courtier, or an amateur, or a playwright from 20 or even 2 years earlier; by anyone, in fact, other than a playwright who had learnt his practical stagecraft on the job. As the 1590s draw to a close, we are looking at the work of a man who is consciously building a new theatrical tradition beyond the horizons of antiquity, beyond Kyd, Marlowe, Dekker, Chapman and the rest of the Elizabethan crew.

I can't prove that Will wrote Henry V to launch his new Globe Theatre, but it is the only play in the canon with a writer's manifesto as its Prologue. However, without resorting to stylometry, the Stationer's Register or the Master of the Rolls, this play is easy to date as it contains an unequivocal reference anticipating the return from Ireland of the Earl of Essex, 'bringing rebellion broachéd on his sword" which places it between autumn 1598, when Essex's departure was planned, and September 1599 when he returned in disgrace.

So, back to the manifesto.

Henry V isn't Shakespeare's most even or well-constructed drama but the opening is unique and stands out so far from every one of Will's contemporaries that it is impossible to imagine it having been written for another play, another theatre or another audience than the one WIll intended to write for on Bankside in his newly reconstructed wooden O.

This isn't written for the court. It isn't even written by a hired player. It is written by a man with his heart, soul and his entire financial future invested in the theatre business.

"But pardon, gentles all,
The flat unraised spirits that hath dar'd
On this unworthy scaffold to bring forth
So great an object."

This is not an aristocrat pardoning himself for liberties about to be taken. Oxford doesn't appear to have apologised for anything in his entire life. This is an actor speaking. One who has 'plaid some Kingly parts in sport,'. A writer who knows that audacious commentators on society can end up in jail, as his competitor Ben Jonson had just over a year earlier. However, this isn't what Will really wants to say.

Samuel Taylor Coleridge said that if a writer can put enough human interest and a semblance of truth into his imaginative creations the audience will willingly suspend their disbelief and follow the author's lead. This is what Will the writer wants to say.

'Can we put battles on stage?' he asks. 'let us, ciphers to this great accompt, on your imaginary forces work.'  He demands the audience's imagination and not only gives them a clear idea of how hard he expects them to work but hands them the whole responsibility for supplying what he cannot. I have no idea if Will had been born today, whether he would have filled out his armies with computer generated graphics but he didn't need any such help back then.

He synthesises the process at the core of his demand into a truly fabulous image "turning th'accomplishemnt of many years into an hour glass'. Then his character calmly steps through the fourth wall, as if Brecht had written him, bridging the gulf between the performers and those waiting to see the performance. 'Admit me Chorus to this history, prologue-like'.

Not a prologue—'prologue-like', as if to say 'I'm new. I'm going to lead you through this as your guide.' This a new chorus, not the background commentators of classical drama but a man of the people, one hand extended to the actors, one to the audience.

An alienated common man, years, decades, centuries ahead of his time.

And he'd better be someone spending his whole life in the theatre, not be a penniless aristocratic author of dull, unimaginative poetry, obsessed with finding a free income.